From Wikimedia España
Jump to navigationJump to search

Those photographies accepted in the contest Wiki Loves Monuments España 2020 are those depicting protected monuments at national or autonomy level, or those included in an official list of an autonomic authority and included in the Wikimedia projects. Furthermore, the code of that document in the list has to be documented in the description page of the photography, which can be done when uploading the picture of later (at the latest on September 30th). 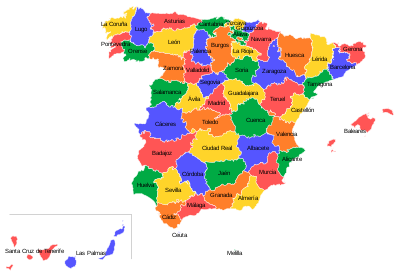 Provinces in Spain.
Retrieved from "https://www.wikilm.es/w/index.php?title=Wiki_Loves_Monuments/Monumentos_(en)&oldid=75235"